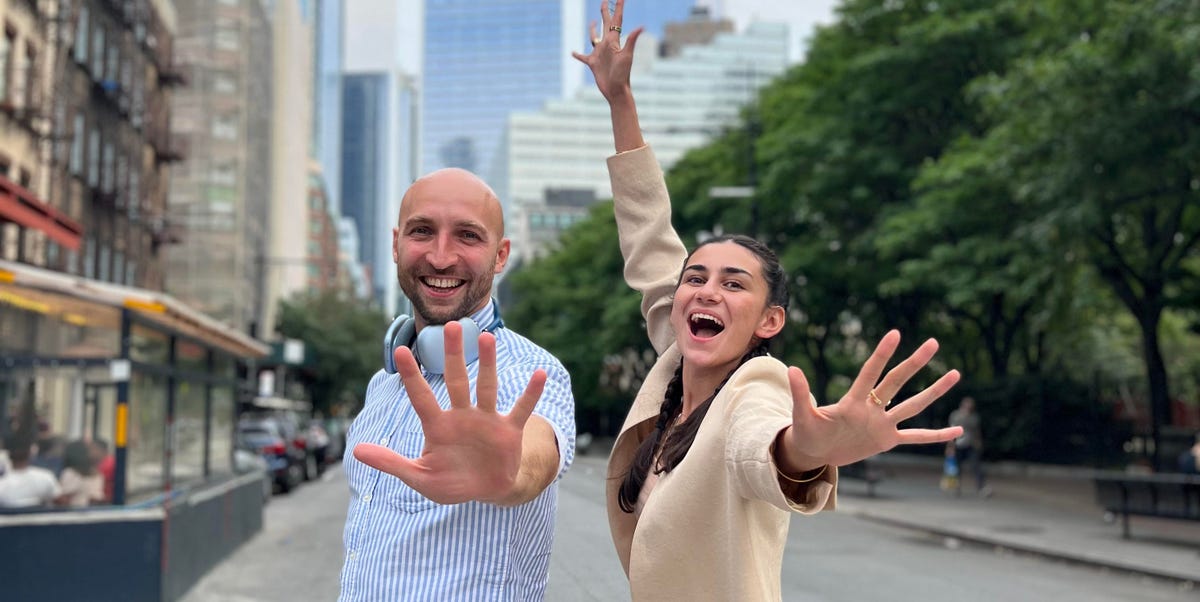 A 23-year-old brings in up to $10,000 a month teaching Manhattan's luxury real-estate agents how to make TikTok videos

Lizza Prigozhina, 23, charges brokers $700 per week to act as their TikTok consultant, demystifying the buzzy app and directing videos to help them sell million-dollar apartments, according to a profile of her on real-estate site Curbed. A "good month," she told Curbed writer Bridget Read, means up to $10,000 in income.

Prigozhina's tasks range from brainstorming concepts for video topics — often involving viral songs and skits in beautiful homes for sale or rent — to acting as the on-set camerawoman. It's all in the name of helping real-estate agents capture eyeballs on TikTok, which they can hopefully turn into potential buyers and renters who actually pay them in commission. So far, agents and teams from major brokerages including Christina Kremidas from Douglas Elliman, Jason Lau and Marko Arsic from Corcoran, and the Kim Team at Nest Seekers have hired her to make them TikTok stars, according to Curbed. Collectively, their three accounts have around 500,000 followers on the popular app.

"Some are like, 'I can't spend money on this,'" Prigozhina told Curbed. "But others say, 'I'll do anything to get out there.'"

Zakharin, who says he closed $34 million in total sales this year, told Insider that Prigozhina pitched herself to him. They initially connected when he showed her apartments for rent during her own house hunt in 2020. Though she didn't end up taking one of his listings, she reached out in 2021 with ideas on how to rebrand his TikTok presence. Zakharin took her up on it.

Prigozhina brings her clients a "fresh perspective" and a set of eyeballs free from the "rut" of being an agent, he said. When Zakharin first started uploading videos, he merely recorded minimal pans across an apartment, showing off basic features like square footage and light.

But Prigozhina directed Zakharin to play with appliances, move around the space, and show himself having fun in the homes for sale. Leaning on her studies at the New York Film Academy, she even cajoled Zakharin to put himself in front of the camera. The videos, she told him, needed a character for the audience to follow.

Zakharin said Prigozhina's $700/week fee is worth it. Just last month, he added, he showed Upper East Side pieds-à-terre in the $1 million range to a California woman who first messaged him because her 14-year-old daughter follows him on TikTok.

Prigozhina's business took off when other agents saw Zakharin's social media footprint grow, he said. They asked him who was behind the scenes helping him out, and he gladly shared her contact information.

Now she organizes shoots and films content with multiple agents at a time. Curbed's Read described how some agents "gamely dart behind furniture" and make "oversize hand gestures" with Prigozhina's direction to show, for instance, an Upper West Side building where rents start just shy of $6,000/month. She even told one agent to "fling himself lightly on the bed to show its bounce."

Views don't necessarily translate into deals, or even offers. The Curbed report said one $6 million apartment featured in a TikTok video that's attracted 145,000 views has sat on the market for at least 66 days.

But Zakharin believes investing in a social-media presence with the help of an expert like Prigozhina is one way to lay the groundwork to find buyers for future apartments for sale.