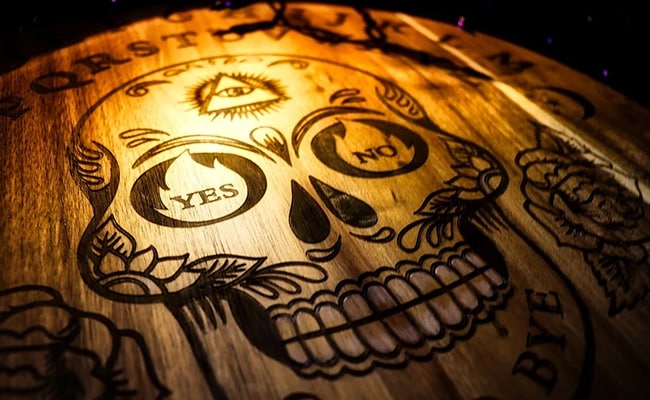 11 Children In Colombia Collapse At School After Playing Ouija Board Game: Report

The medical report said it was due to food poisoning, however, the mayor stated, "It is not ruled out that it was the Ouija board".
In an extremely peculiar incident, a group of students collapsed at a school in Colombia after using an Ouija board to contact the dead. According to The Independent, the teachers at the Agricultural Technical Institute in Hato found 11 students, aged 13 to 17, passed out in a corridor. The students suffered violent vomiting, abdominal pain and muscle spasms. They were rushed to the Manuela Beltran Hospital, in the district of Socorro.

In the medical reports, the doctors said that the students suffered from food poisoning. However, the mayor of Hato, Jose Pablo Toloza Rondon, stated that the ouija board was "not ruled out" and is part of the ongoing investigation.

"The children were passed out, at the time they were found they were short of breath and thick drool was coming out of their mouths," the mayor said.

"It is not ruled out that it was the Ouija board, that is part of the investigation. Others say that they consumed water from a container, others that they came from a pool and had been given something to eat," he added.

However, it was later found, after the students were interviewed, that they had drank water from the same glass. According to the Express, Juan Pablo Vargas Noguera, the emergency medical coordinator at Hospital del Socorro, also said that the medics did not find a psychological alteration in the children, taking into account it was said that it would have been from playing the Ouija board.

The rectory of the Technical Institute stated that it was not going to rule on the case until the facts were clarified with authorities.

Meanwhile, for those unaware, the ouija board can allegedly be used to contact the dead. It has letters, numbers and the words yes, no, hello and goodbye marked on it. Users place one finger each on a small heart-shaped piece of wood or plastic called a planchette, and then ask any spirits to answer their question by moving the planchette around the board to spell out their response.
Add Comment